I have not written about this but just after I got here PBI Colombia as well as many other organizations received threats from a group called Aguilas Negras (Black Eagles). The threats were emailed to us and said that we were a military target of the Aguilas Negras which is a paramilitary group. These threats came after a march on the 6th of March which many human rights organizations participated in. Although we took the threats pretty seriously nothing has happened since then. Two weeks ago 63 members of congress sent a letter to President Uribe asking him to support human rights defenders in Colombia it was a pretty big deal here. Below is the letter that they sent.
n 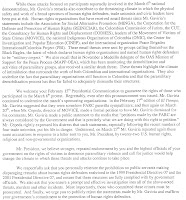 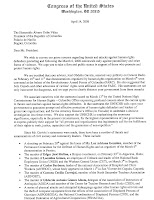